New SENE employee Wandi Steward recently visited the coastal city of Dar es Salaam, Tanzania’s largest and the economic and cultural hub of the country.  While it is certainly not the tourist capital of the country, she did find a few gems. Though we advise an open mind and sense of adventure for those wishing to spend some time in Dar, as it is a true African city and may not be for everyone.  Take it as you find, accept it on its terms, and you too can have a distinctive African urban adventure!

On the way to a tropical metropolis…

After a week of reveling in Stone Town Zanzibar during the Sauti za Busara music festival, my traveling companion and I opted to take the 2-hour ferry ride across the channel to Dar es Salaam for a few days to reorient ourselves.  We had both stepped off our trans-Atlantic flight directly into the vibrant festival and decided that Dar would provide a bit of down-time prior to heading to Tanzania’s activity-intense northern circuit (Kilimanjaro, Serengeti, etc.). 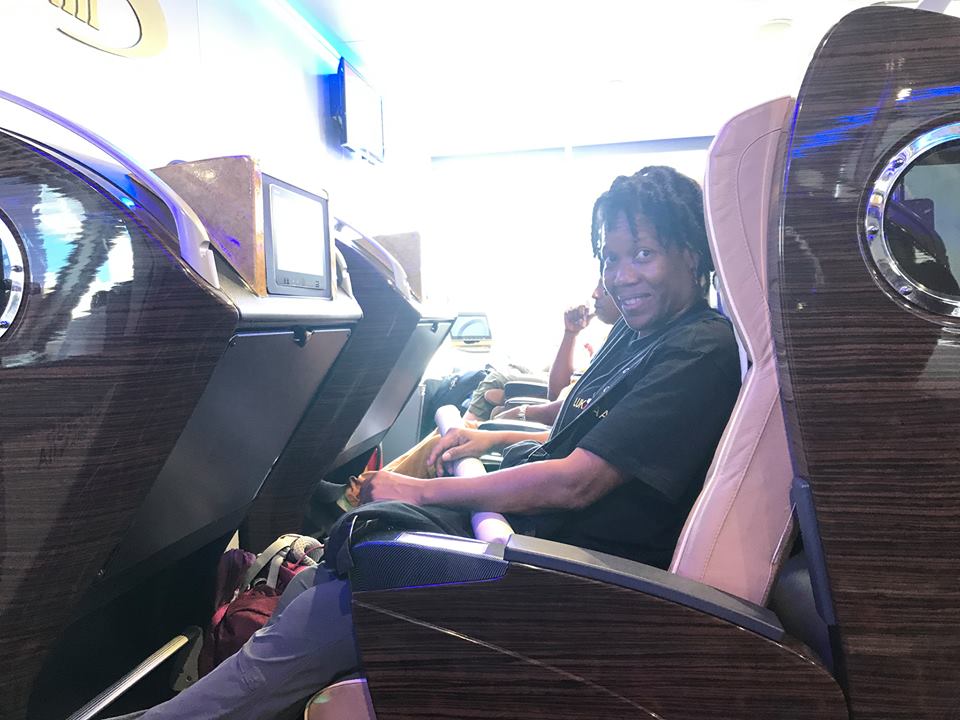 On the advice of a friend, we opted for the Royal VIP Class aboard the Azam Ferry and it was well worth the few extra dollars.  From the comfortable, air-conditioned waiting lounge to the luxurious VIP seating just behind the cockpit, we were coddled by the friendly ferry staff with snacks and drinks along with a vast selection of movies to watch on our personal monitors. All this, with the spectacular Indian Ocean seascape drifting by our majestic picture windows.  It was hard to decide which to do first!

Arriving at the busy ferry terminal, we quickly found a taxi and negotiated a fair fare using a mix of English and our limited Swahili before being whisked away to our AirBnB in the relatively upscale Masaki district. Fortunate to have landed in an outstanding accommodation, we collapsed there for a full day of respite before venturing out to explore the city with a local friend.

Although sometimes considered the New York of East Africa, Dar is not a particularly popular tourist destination. I had booked a highly recommended half-day bicycle tour of Dar es Salaam with a local tour operation AfriRoots. However, due to a scheduling conflict, we rescheduled our excursion for my next visit to Dar.

Instead, my local contact, a Dar es Salaam police officer, took us to one standard attraction, Kariakoo, at the city’s center. Kariakoo is a vaaaaaaaaaast open-air, city market where you are likely to find ANYTHING under the sun, from shoes to tires to ice cream to pots and pans.  Teeming with activity, we opted to gaze upon it from the solace of our friend’s car. 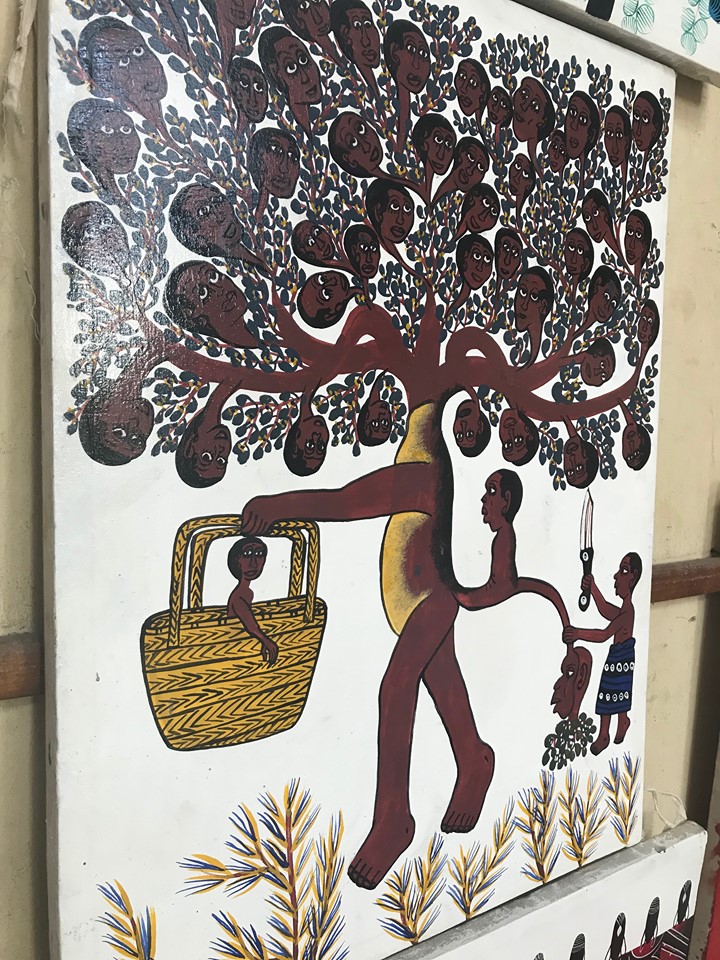 He next took us to the wholesale market, where we spent the better part of the day bargaining with fabric wholesalers and acquiring way too much fabric for our still gift-laden luggage.  That was a lovely adventure!

We dined al fresco at Jackie’s Bar and Restaurant, a local favorite serving hot and delicious Swahili cuisine.  Jackie’s is just across Haile Selassie Road from the popular spot Samaki Samaki, famous for its fresh seafood and live music.  At the Tingatinga Arts Cooperative Society just a block away from Jackie’s, we browsed the many eclectic displays of the artists who work on-site.  My friend purchased a few pieces to add to our souvenir lode.

The more seedy, Nafasi Art Space, yielded lots of ooohs and ahhhhs, as it is a hotbed on Tanzanian performance and visual art. There we found artisans painting, sculpting, and weaving.  We were further regaled by a troupe of African modern dancers rehearsing on an open-air stage. 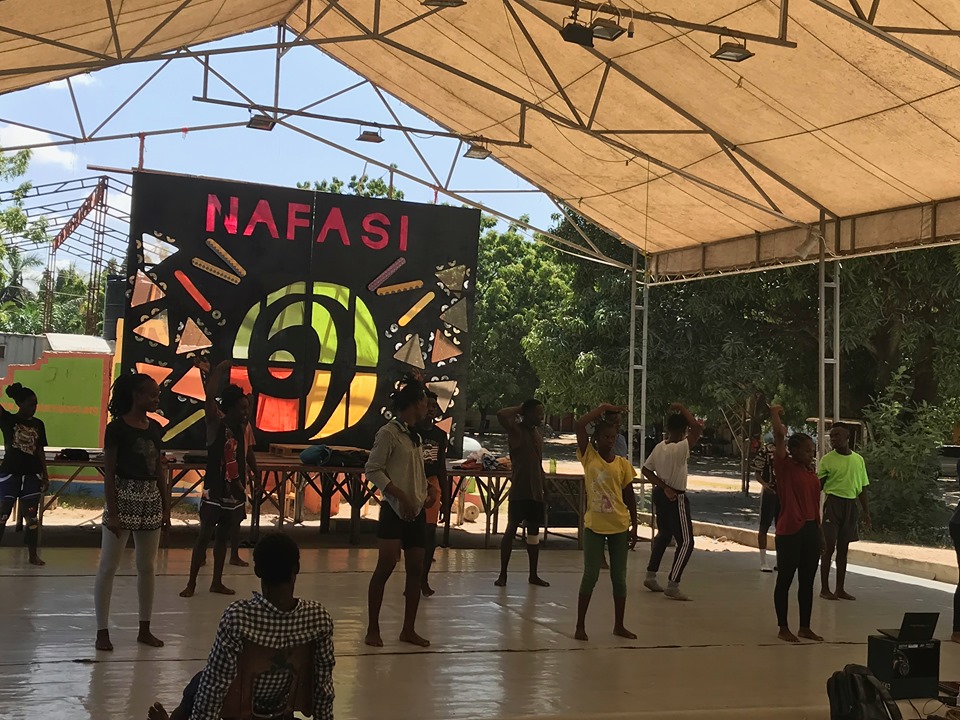 We wrapped up our brief Dar visit at the posh Slipway Shopping Center on Coral Beach north of downtown. Serving up an excellent variety of high quality crafts inside the shops, we discovered that OUTSIDE the shops, tucked away in a less than posh area on the street, there was a tiny street market with similar items at a fraction of the price.  Guess where we collected a few crafts?  We bargained hard (as best we could, for few can match the friendly bargaining skills of Tanzanians) for handcrafted jewelry and clothing items for friends and loved ones.

At the end of our stay, we were rewarded with a visit to a little known resort along the beach, just north of the city center, frequented by the police (to relax – not to apprehend criminals). The serene seaside made for a pleasant opportunity for my friends and I to gaze upon the sunset while overlooking the sea with a stately Dar es Salaam skyline in the background.

All-in-all, our visit was to Dar es Salaam was a culturally-rich, urban prelude to the more standard tourist odyssey that awaited us around Kilimanjaro.