Funny and interesting facts about Swahili, the language of the people of the East African coast. 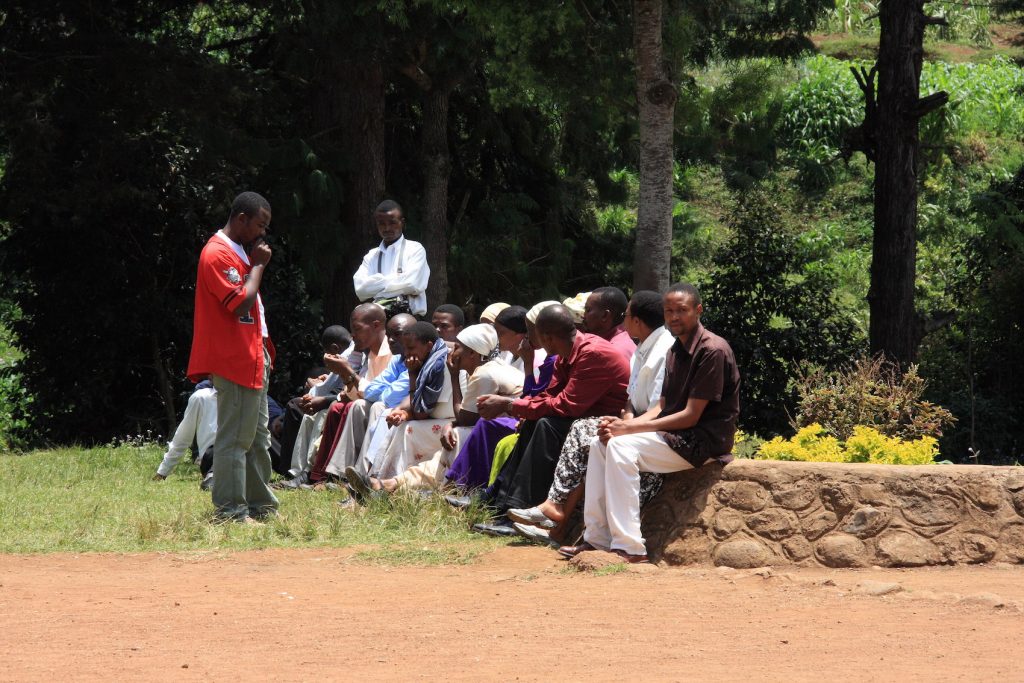 A- like Asante. The most important Swahili word (along with jambo), since Tanzanians hold politeness in high regard.  Asante means “thank you!”

C- like Coast. The name Swahili comes from the plural sawāḥil (سواحل) of the Arabic word sāḥil (ساحل), meaning “boundary” or “coast.”

D- like Duolingo. A free and easy-to-use app on your phone or computer for learning basic Swahili before your trip to Tanzania.

E- like Europe. Many Swahili-speaking immigrant communities of the East African diaspora can be found in the countries of the Arabian Peninsula, North America, and Europe.

F- like Furaha.  Joy; happy.  A very common state of being among Tanzanians.  Also a popular girl’s name.

G- like German. Swahili has adopted many words from Arabic and English, as well as from Portuguese and German.  Speakers of all these languages have had interaction with the original Swahili speakers along the East African coast as traders, slavers and colonial officials.

H- like Hakuna Matata. It means “no worries” in Swahili. Disney borrowed many Swahili words for the film The Lion King.

I- like Inshallah. A word taken from Arabic, meaning “God willing.”  Used to indicate that forces beyond ones control may or may not allow things to happen as hoped.  Used as in “I think we will see lions on that kopje, inshallah.”

J- like Jenga. The popular board game Jenga is derived from the Swahili verb –jenga meaning to build.

K- like Kenya. Swahili is an official language of Kenya, Tanzania, Uganda and Democratic Republic of the Congo.

L- like Lala salama.  Meaning “sleep well,” which you say to someone before bedtime.

M- like Michael Jackson. The lyrics of Jackson’s Liberian Girl has Swahili phrases: “Nakupenda pia, nakutaka pia, mpenzi we!” (I love you, and I want you, my dear!)

O- like Origin. The earliest known documents written in Swahili are letters from the Tanzanian coastal island of Kilwa written in 1711 in Arabic script and sent to the Portuguese in Mozambique.

P- like Pole Pole. When climbing Mount Kilimanjaro, pole pole is the word you will hear a lot. It means “slowly.”  Walking pole pole will bring you to the summit!

Q- like Queue.  Queue (line) is one of many British English words used by English-speaking Tanzanians.  Tanzanian English is of the British variety, though that is changing as American pop culture makes strong inroads in the former British colony.

R- like Roundabout.  Also known as traffic circle.  In Tanzania the term is keepilefti (from the sign “keep left,” as a reminder of the direction of traffic flow at these road intersections.)

S- like School. The early post-colonial government of Tanzania mandated the use of Swahili as the language of instruction in all primary schools. This helped unify the 120 different tribes, each with their own language, and encouraged young people to participate in their country’s national development.

T- like tenacity, which you will need to be able to speak and understand Swahili!  Though a logically constructed language with few rules exceptions, Swahili, like any new language, can be far from easy to learn.

U- like “Unatoka wapi?,” meaning “Where do you come from?,” an important question to ask all visitors.

V- like Vowels. Swahili has five vowels: a, e, i, o, u. These vowels are pronounced the same as in Spanish, Italian or Japanese. Vowels in Swahili always have the same sound, regardless of the word or when combined with other vowels.  Since Swahili has no silent letters, it is important to pronounce these sounds.

X- like Expert. Experts estimate Swahili is spoken by more than 100 million people. To put it another way: More people speak Swahili than speak Korean or Italian.

Y- like Yanga.  Short for “Young Africans” and the name of one of the top football clubs in Tanzania.  Football (soccer, or mpira in Swahili) is the most popular sport in Tanzania.

Z- like Zanzibar.  Zanzibaris feel they speak the purest and most beautiful Swahili in all of East Africa, as the language has been spoken on the island for hundreds of years.