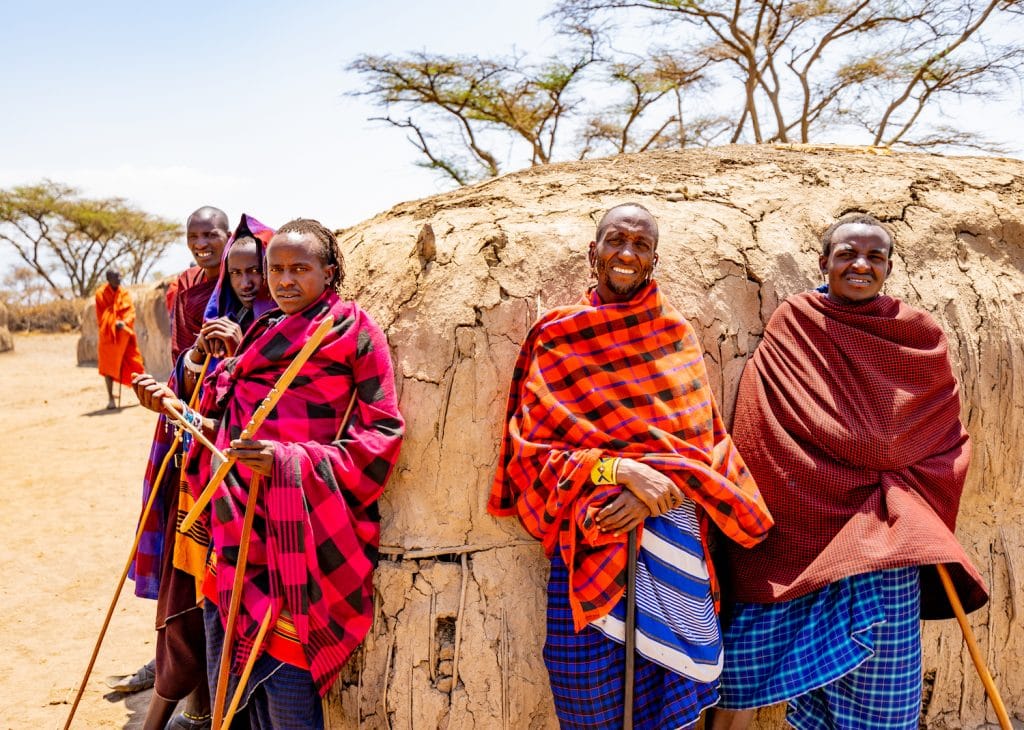 The Maasai are an indigenous ethnic group in Africa of semi-nomadic people settled in northern Tanzania and Kenya. They are among the foremost African tribes and are known internationally due to their distinctive traditions, customs, and dress, and their residence near many of the safari game parks of East Africa.

Because the Maa society does not have a clear written history, much is unknown about them prior to European exploration.  However, it is believed that the Maasai originated from north of Lake Turkana (north-west Kenya) in the Nile Valley. They migrated southward, arriving on the plains of East Africa in Tanzania and Northern Kenya during the 17th and 18th centuries. In the 19th century,  the Maasai territory grew when they settled in the Great Rift Valley and the surrounding area.

The Maasai speak the Maa language, which is of Nilo-Saharan origin (in contrast to the Bantu origin languages of most other ethnic groups in East Africa).  The term Maasai refers to “one who speaks the Maa language.”  Maa is primarily a spoken language, and is therefore vulnerable to extinction. However, there is a Maasai dictionary, and the Bible has been translated into Maasai.  Many Maasai also speak the official languages of Tanzania and Kenya: Swahili and English.

What is your name?: Kai ijii?

Maasai women are the ones who build the Maasai hut (Inkajijik in the Maa language). They use cow dung mixed with mud for the walls structured with sticks, and then grass and more sticks for the roof. The huts are normally circular, very small and low, with usually only one or two rooms.

Individual Maasai clothing depends on sex, age, and region (really, no different than westerners). For example, young men will wear black for several months after their circumcision ceremony.  In general, red is a popular color scheme among the Maasai, as are black and blue. The Shuka, the cloth used to wrap around the body, is often checkered and striped with these colors.  Multicolored beaded jewelry is popular among both males and females.  Prior to the 1960s, when woven cloth became more accessible to the Maasai, most clothing was made from sheepskin and calf leather. 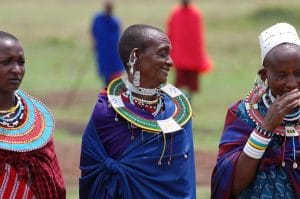 The traditional Maasai calendar does not have a universal standard. It is divided into twelve months like the calendar used around the world, but instead of four seasons, there are only three: Nkokua (the long rains), Oloirurujuruj (the drizzly season), and Oltumuret (the short rains). The names of the months are very descriptive. For example, the second month of the drizzly season is Kujorok, meaning “The whole countryside is beautifully green, and the pasture lands are likened to a hairy caterpillar.”

There are no defined holidays on the Maasai calendar, but Maasai ceremonial feasts for circumcision, an excision, and marriage offer occasions for festive community celebrations, which may be considered similar to holidays. Maasai also participate in nonreligious state holidays like Labor Day (May 1) in Tanzania and Kenya, among others.

The Maasai rely heavily on cows as a source of food (milk, meat, cheese, and blood), cowhide for clothing and mattresses, and cow dung to build walls and roofs of their Inkajijik. Therefore, like several other African ethnic groups, the measure of a man’s wealth is in terms of cattle. Having a large number of livestock gives you status, respect, and honor among the community. Maasai men spend most of their adulthood gathering cows!

Having children is another sign of status. A man who has plenty of cattle but not many children is considered to be poor – and vice versa.

Because the mortality rate is high among infants in the Maasai community, Maasai will not name a child before they turn three months of age.   A ceremony, Enkipukonoto Eaji (“coming out of the seclusion period”) is then organized. Before the ceremony, the mother and child are isolated and allow their hair to grow long. It is shaved off at the ceremony to symbolize a fresh start for the child.

Maasai drink raw cattle blood as it is an honorable tradition. It is often reserved for special occasions such as when young men get circumcised or when a woman gives birth. Elders also drink blood to prevent or relieve hangovers.

The Maasai have always been monotheistic. They believe in one god – named Enkai or Engai. With increasing interaction with the larger East African culture, many Maasai have become Christian while some have adopted the Muslim faith.

In the past, the practice of the Maasai was not to bury their dead since it is believed that burial is harmful to the soil.  Death is the end of the life journey and it is an opportunity to give back to the earth.  Therefore the dead body is left out in the bush for scavengers.  A formal funeral ceremony and burial were reserved for great chiefs only.  However, in the present day, modern Maasai bury their dead.