The migration is the annual movement of 1.5 million wildebeest and zebra though Tanzania’s Serengeti National Park and Kenya’s Masai Mara National Park.  It is a cyclical process with different features at different times of year, during which the herds can always be observed – along with the ever-present predators – offering excellent opportunities to see the natural cycle of life on the African savanna. 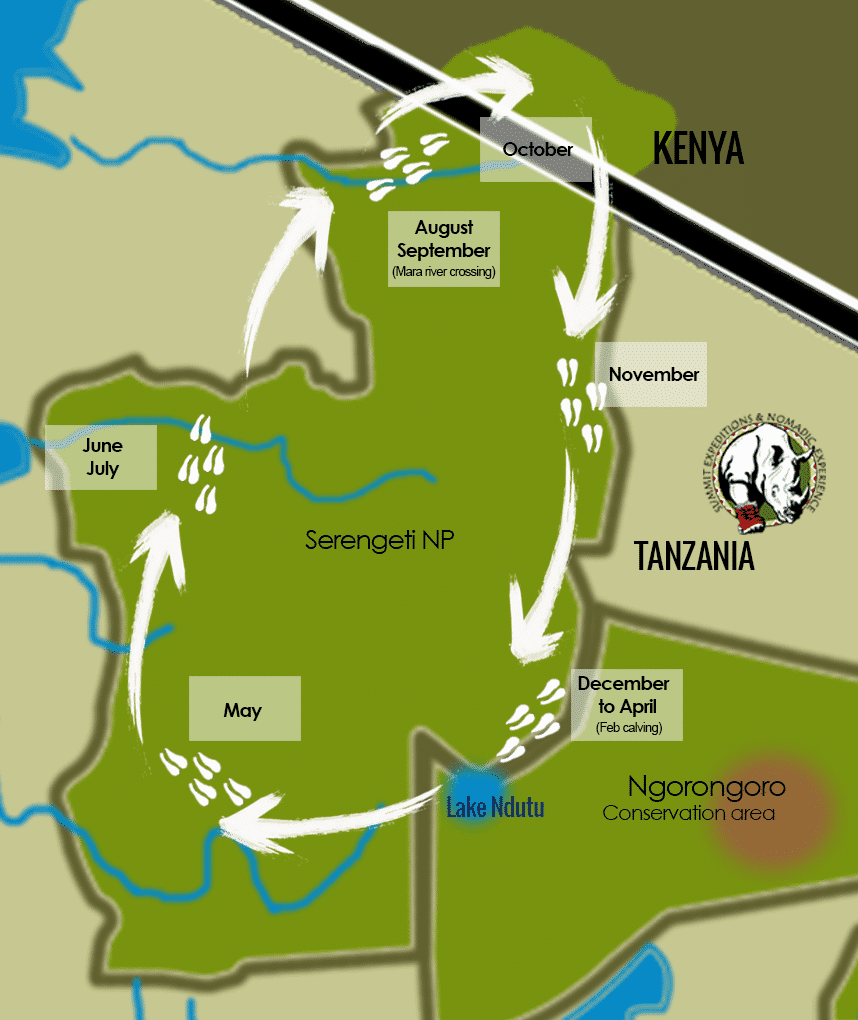 The general pattern of the migration is as follows.  During the months of December through March, the wildebeest are amassed in the nutrient-rich southern grass plains of the Serengeti, around Lake Ndutu, and into the Ngorongoro Conservation Area, where nearly half a million calves are born annually within a two-week span (usually in February).  As the young calves gain strength and the long rains fall in March, April and May, the animals are on the move.  The migration will split into several sub-groups roaming northward to find fresh grasses.  With June and July the herds can be found throughout the Western Corridor and Seronera areas and approaching the Grumeti River, the first of many dangerous river crossings.  The swollen rivers have deep water, swift currents, and hungry crocodiles lying in wait.  From July through October  the herds press northward where green grass persists as the dry season reaches its pinnacle.  They cross the Mara, Bolongonya, and other rivers in search of grazing land in the far northern Serengeti and Maasai Mara.  With the short rains of November and December, the migration returns southward, passing through the eastern Serengeti areas of Lobo and Namiri, as well as back through Seronera.

We will endeavor to prepare your custom safari itinerary so that you are in the prime migration viewing location for the time of year you are traveling.

You can also find more information on our blog: GREATEST SHOW ON EARTH: THE SERENGETI WILDEBEEST MIGRATION