Arusha National Park is a unique park with a surprising range of wildlife habitats in close proximity. The park has three distinct areas: Ngurdoto Crater, Momella Lakes, and Mount Meru. Ngurdoto, just 3 kilometers across, supports abundant wildlife which can be seen from the many viewing spots on its rim. Momella Lakes are a series of alkaline spring-fed lakes with a large variety of waterfowl and where hippos may be seen.  Mount Meru (elev. 14,980 feet) is within the park boundary and offers a rewarding 3-4 day climbing alternative to Kilimanjaro.  With the exception of lions and rhinos, you may see all types of wildlife and hundreds of different species of birds within Arusha National Park. Most readily spotted are buffalo, giraffe, hippo, elephant, a variety of antelope, and blue and colobus monkeys.  A visit to the park can include a ranger-guided hike through the plains and forest on the lower flanks of Meru. 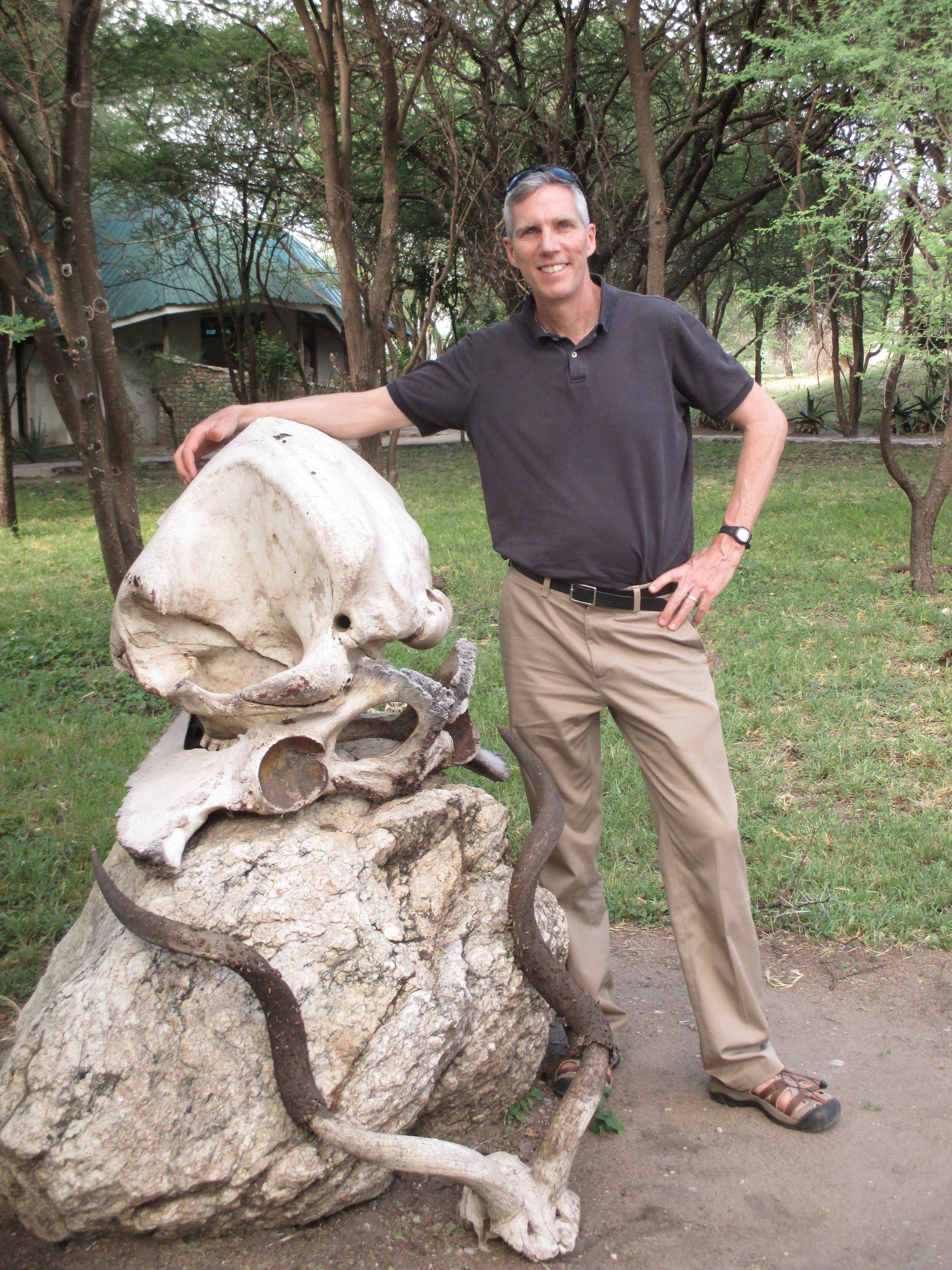 Tim, SENE North American contact
“Best views of Kilimanjaro are from the flanks of Mount Meru in Arusha National Park.”
Travel Time. Kilimanjaro to Arusha National Park: 45 minutes by safari vehicle.
Nearby. West Kilimanjaro (30 minutes).
Arusha NP offers good wildlife viewing throughout the year, though vegetation can be thick during the rainy seasons of April-May and November-December

West Kilimanjaro is the area of lowland plains between Mount Kilimanjaro to the east and Mount Meru to the west. The area is populated with Maasai settlements and visited regularly by elephant – particularly the old bulls with immense tusks, as well as other wildlife as it migrates between Tarangire/Manyara to the south and Amboseli (in Kenya) to the north.  West Kili features plenty of opportunity to get out of the safari vehicle.  Bush walks abound, and you can visit an active Maasai boma (homestead) in a non-tourist setting to learn firsthand about the traditional lives and culture of this fascinating pastoral people.

Tanzania’s newest national park, Mkomazi, lies between Mount Kilimanjaro and the Tanzania coast and is bordered on the north by Kenya’s Tsavo West National Park. The two parks together form a vast ecosystem. Within Mkomazi is an intensive breeding program to save the endangered black rhino, and wild dogs have recently been introduced to the region. The park is rich in ungulate species (including a large population of gerenuk and concentrations of oryx) and more than 750 bird species, while all of the big five are regularly spotted. Due to its lack of name recognition and distance from Tanzania’s more famous parks, Mkomazi is less frequently visited, allowing those who take time exploring the park to reap the rewards of its unique appeal.

Joseph, SENE safari guide
“Is one of the parks in which you can see wild dogs as well as rhino.”
Travel Time. Kilimanjaro to Mkomazi National Park: 2.5 hours by safari vehicle.
Nearby. None.
Best season for both animal and bird viewing when the waterholes attract herds migrating down from Tsavo.
Green season with high grasses and resident animals only.

Wild, remote, and primeval, Lake Natron sits north of the Ngorongoro Highlands and east of the Serengeti plain. Natron is one of the most alkaline lakes in the world and home to millions of tiny crustaceans. This provides a haven for lesser flamingos and creates one of the largest flamingo breeding grounds on earth (and the only one in East Africa). The landscape here is hot, dry, desolate and hauntingly beautiful. Walking is serene. Morning and early evening walks along the lake shore are excellent for bird watching.  Relief from the heat can be found on a 45 minute walk up the Ngare Sero Gorge to a freshwater waterfall great for swimming. For an out-of-the-ordinary experience undertake the challenging night-time hike up the active volcano Ol Doinyo Lengai to observe its bubbling magma.

Incredible Lake Eyasi is known by discerning travelers for its abundant bird life, which includes African fish eagles, crowned cranes, Verreaux’s eagle owls, and hammerkops, to name a few. Wildlife such as dik dik, bushbuck, reedbuck, vervet monkey, and hippopotamus can be found in the lake environs. Walking paths carved through the lakeshore forest allow visitors the opportunity to experience this beautiful and unique environment on foot. For hundreds of years, the Hadzabe, the only remaining hunter-gatherers in East Africa, have lived near the shores of Lake Eyasi after being pushed out of the Ngorongoro Crater and the surrounding grasslands by more powerful pastoralists.

Gerald, SENE safari guide
“This is one of the few places in Africa where you can find bushmen still doing hunting with bow and arrows.”
Travel Time. Kilimanjaro to Lake Eyasi: 5 hours by safari vehicle.
Nearby. Ngorongoro Crater (2 hours). Lake Manyara National Park (2.5 hours).
Best time to visit Lake Eyasi.
Rainy season; roads may be impassable.